The tools consist of two main parts. The first part runs in QGIS, for which we will soon provide a Virtual Machine you will be able to download here. When you download the virtual machine, you will not have to do the first step of the installations.

Until the virtual machine is ready, to run the first part of the code you need to install:

*** Pyshp installation is necessary for the Grasshopper code as well so make sure you install this even if you are not installing rest of the Qgis plugins.

or if it doesn’t work: 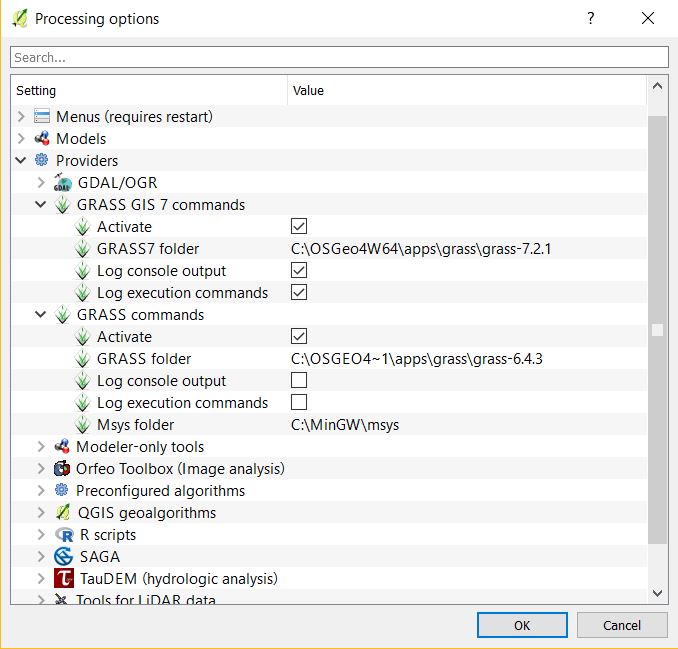 The second part of the code runs in grasshopper. You can download the code through the same link.

To run the grashopper code, you need to install:

Also, you need the python plugin pyshp. If you have completed the Qgis installation (Step 1), you already have pyshp. If not, to install pyshp, open windows command line, and type:

If it doesn’t work, type:

If it doesn’t work, add C:\Python27 and C:\Python27\Scripts\ to your system paths. For more details on how to do this, refer to the Step 1 of the installation.

First you need to prepare your geometry in Rhino. If you don’t already have the geometry of the area you will analyze, one way to acquire 3d urban geometry is to import it from GIS files using the Meerkat plugin for grasshopper. Below are the geometry and what you need to pay attention to while creating them: 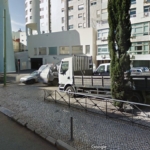 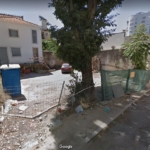 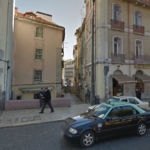 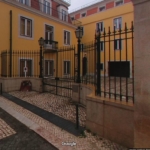 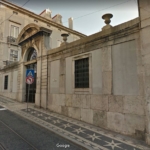 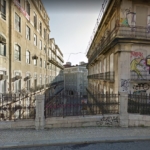 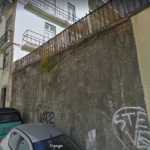 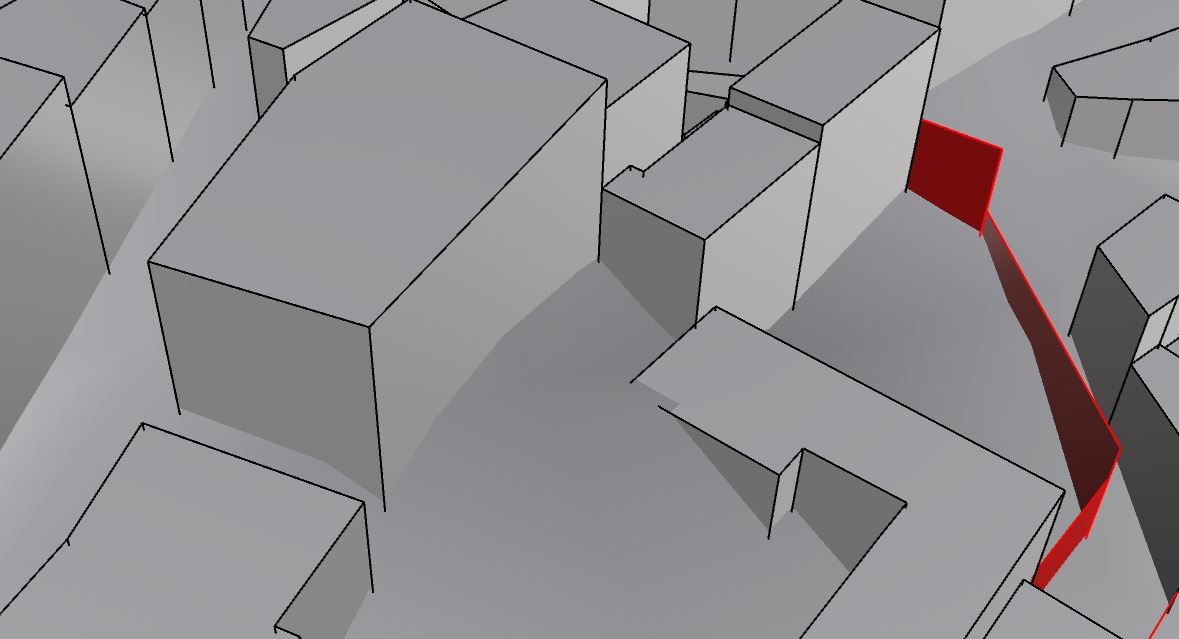 Once you have your geometry ready, open the grasshopper definition and go to the first part. 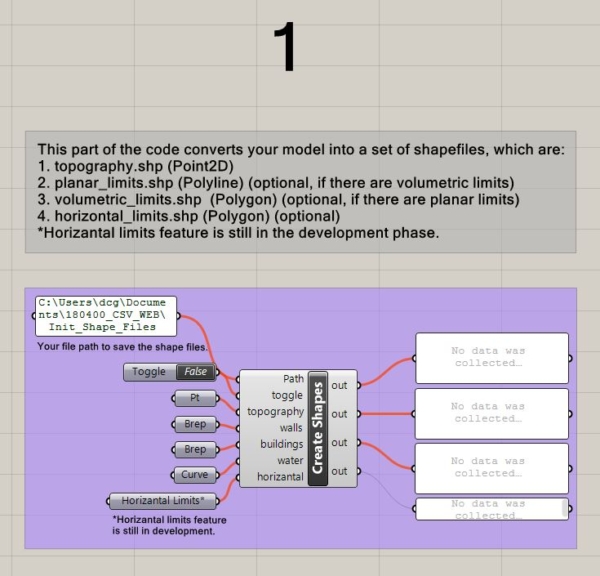 This part of the definition will allow you to convert rhino geometry to shape files. You need topography points, building breps, other urban limit breps and if you have a shoreline, a polygon defining the water limit.

You will see a component that requires the following inputs:

Toggle to write the shapes and see the success messages.

This requires running 5 custom scripts in QGIS for which you need to have installed the Virtual Machine available here.

2- Run the first code: “Merge Urban Limits.” This code receives volumetric limits and planar limits as input. “There are no horizontal limits” checkbox should be checked at this stage as no horizontal limits are generated in the grasshopper code yet.

A tolerance setting of 0.01 is advisable for all five codes.

Make sure to set the file directories and names to be saved for the output fields before running the codes. 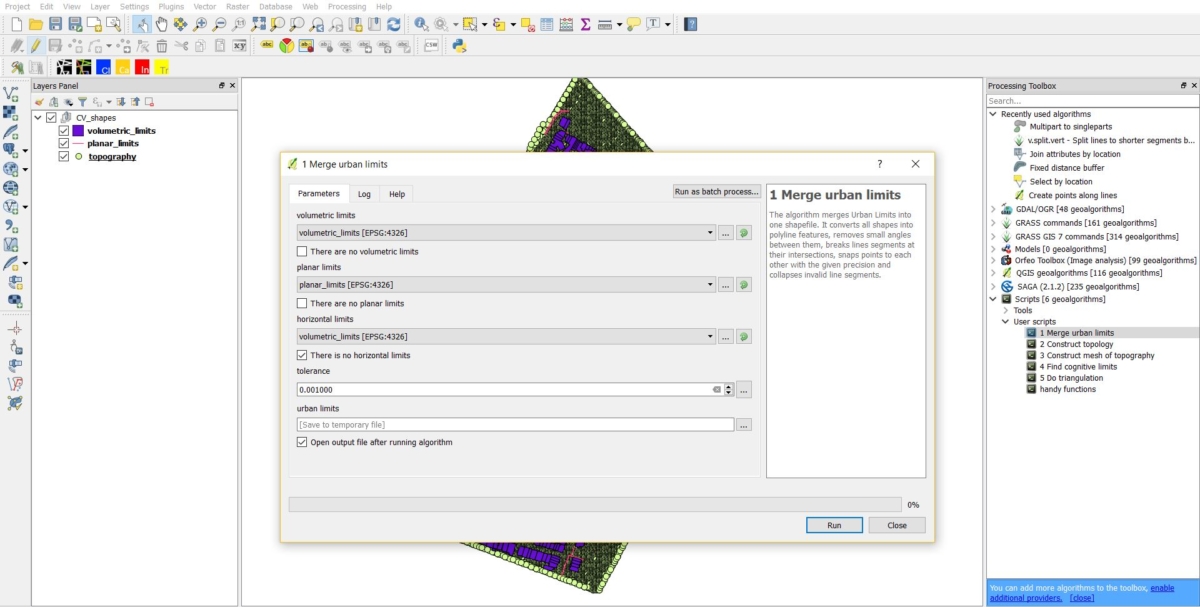 The output of this code will be “urban limits”.

3- Run the second code: “Construct topology.” This code receives “urban limits” as input and creates “points inside” and “edges” as output.

– If you get the error: “not sufficient topography points” do not run the following codes as the final code will not produce geometry after this error. Instead make sure the following issues are resolved and re-run the third code.

4- Run the third code: “Construct mesh of topography.” This code receives “topography points”, “edges” and “points inside” as input and creates “mesh for qgis”, “vertices”, “edges with topogrpahy.” It also creates a mesh file to be used in the grasshopper code later. This mesh (mesh for Rhino) should be saved as a .txt file.

5- Run the fourth code: “Find cognitive limits.” This code receives “edges with topography” and “vertices” as input. The parameters advisable for use for this code are as follows:

This code defines the implicit limits. 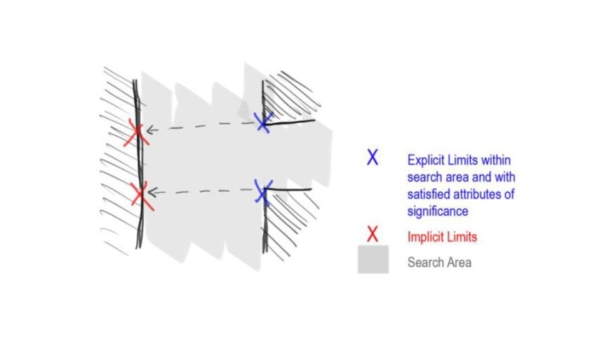 7- To feed this triangular mesh into the grasshopper definition, it needs to be broken up into smaller meshes. This division needs to be done manually but natural divisible limits of convex spaces should be taken into consideration.

Below is an example demonstrating this division from a different urban context. 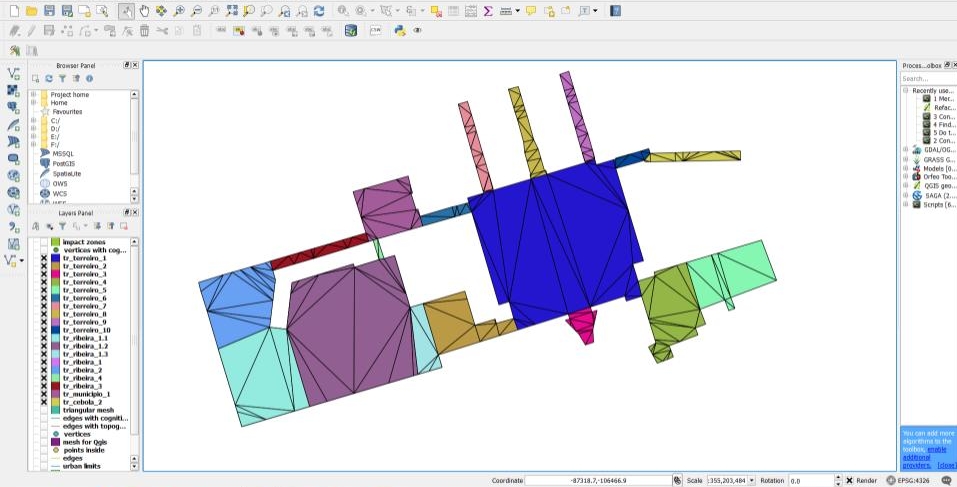 Open the grasshopper definition and go to the second part of the code.

1- Load the shape files and the mesh.txt file to the first component. 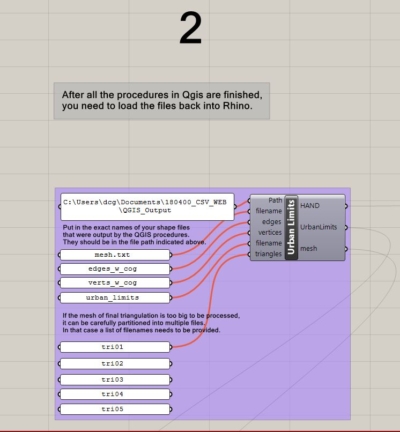 You can preview the geometry through the visualization definition below. 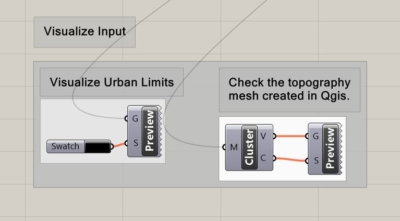 2- The third part of the code generates the Convex Spaces (CSs). 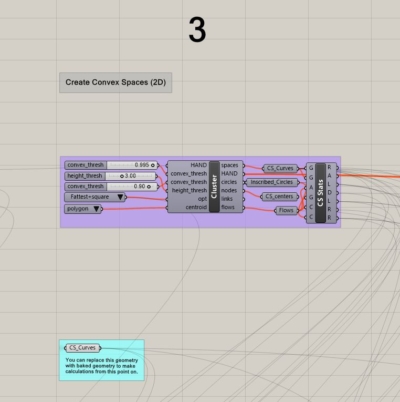 Data and geometry generated for each CS can be visualized below the definition. 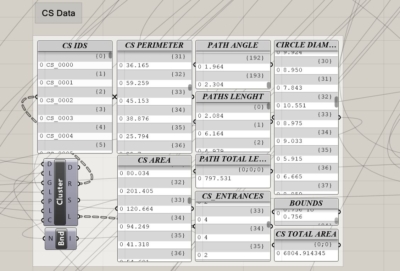 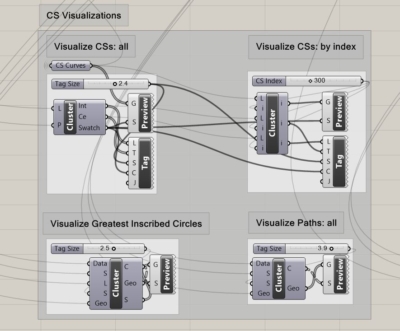 3-  The fourth part of the code generates the Convex Voids (CVs). 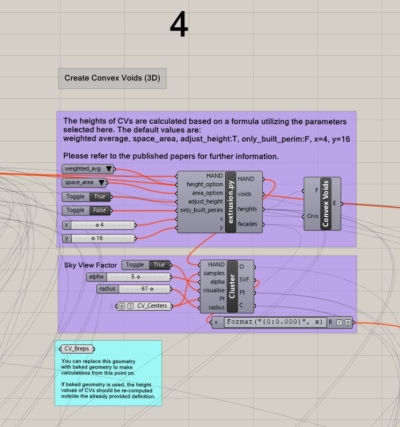 Data and geometry generated for each CV can be visualized below the definition. 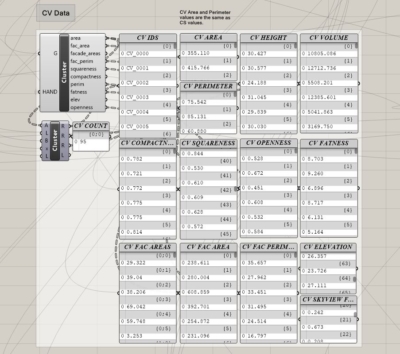 3-  The fifth part of the code generates the Solid Voids (SVs). The sixth and seventh parts generate the Facades of the Convex Voids and the Flows respectively. Each part has the data and geometry visualizations below their generator definitions. 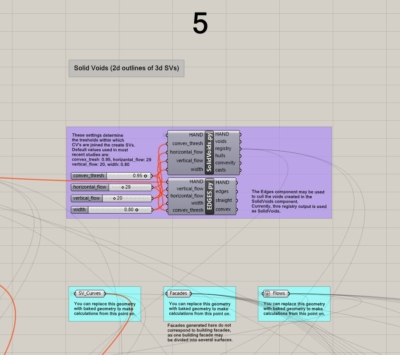 4- The eighth part writes the generated data into excel sheets, bakes the geometry for the Rhino file and exports the geometry to shape files.

Various additional information can be generated using the CS, CV, SV, Facade and Flow data and geometry. Refer to the about page and publications to learn more about the theory and applications of the method.

If your TT Toolbox plugin is not correctly installed, you may get this error with the “Write to Excel” part of the grasshopper code:

To fix this, open your Grasshopper Components folder, go into the TT Toolbox plugin folder, and in it, find the relevant dll file (in this case, CORE.Library.Office.dll), right click on the folder, and make sure the file is unblocked. Then restart Rhino. 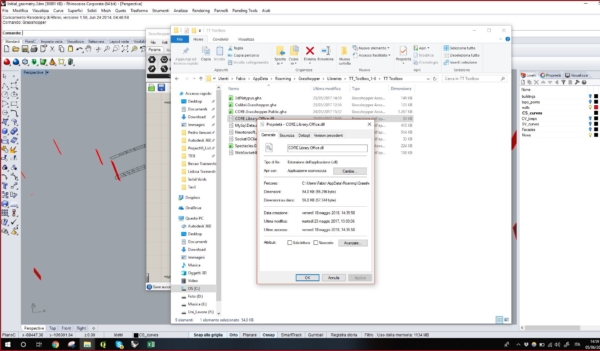 You may get the following error pop up after loading the triangular mesh parts to the Urban Limits component.

Check the “Do not show this message again” box and Close. The code keep working.